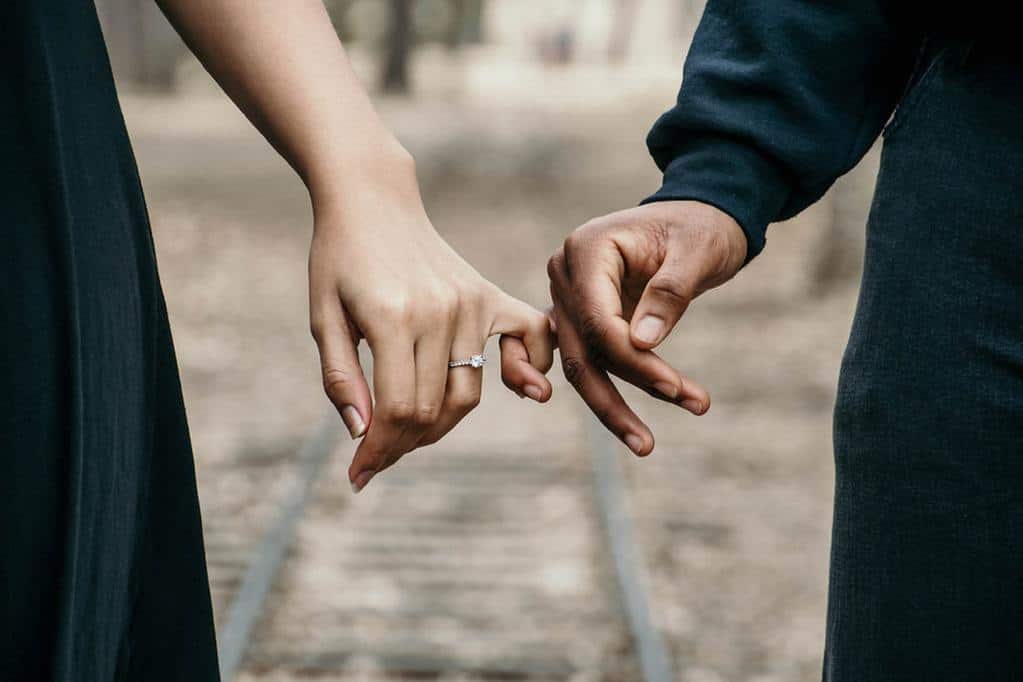 But not all pre-marriage counseling is created equally.  There are a lot of misconceptions surrounding it, and many churches’ classes simply don’t offer couples enough.

How can a couple cut through the confusion and make sure you cover the premarital counseling topics that matter most?

By focusing on these 10 essential areas, you’ll have a much better picture of yourself, your potential spouse and where you need to focus.

This is Premarital Counseling 101: are you both followers of Jesus?  In other words, do you not only believe the core elements of the Christian faith (see 1 Corinthians 15:1-5), but are you both sincerely trying to follow Jesus in your daily lives?  (See my post ‘Should You Date Someone Outside The Faith?‘ for much more on this area.)

If there are areas where one of you isn’t really open to that, or, one person is much more mature than the other, this probably isn’t going to go well.  These things only surface with wise probing, which is where good premarital counseling before the wedding is really valuable.

If you’re a Christian, you have the freedom to marry another follower of Christ (see 1 Corinthians 7:39). Beyond that, you need to use wisdom.

#2 Your families of origin

My wife and I spend a session with couples about the families they grew up in, looking for strengths but also unexamined assumptions that could affect their marriages.

For example, early in our marriage my wife and I were folding laundry together.  She noticed I was folding clothing that was inside-out.  She looked at me like I was crazy and asked me why I wasn’t turning it right side out before folding it.  I thought her question was equally bizarre.

Turns out in her family you served others by making sure the clothes were turned right side out before folding them. But in my family, leaving your clothes inside out was considered lazy and caused the person folding it (invariably my mom) a lot of extra work!

We learned a few important lessons that day.  First, we didn’t even know about the assumptions we came into our marriage with.  And more importantly, that we had a tremendous amount of pride about them that could drive a wedge between us.  Good premarital counseling unearths these things by talking about your families of origin and how that’s likely to affect your marriage.

#3 The meaning of marriage

Next to actually being Christians, nothing is more important than what God says about the purpose of marriage.  Our vision for marriage will shape who we choose to marry, and, what we’re aiming for.  It’s easy to settle for someone who’s merely ‘compatible’.  I love the way counselor Winston Smith puts it:

‘You shouldn’t marry somebody that you don’t like or don’t get along with… [but] we lapse into this “relationship consumerism” where we go out in the world and look for a potential partner like we’re at a grocery store… It’s okay to talk about [compatibility] and acknowledge it as a factor, but when it stands alone, it just plays to the selfishness and sinfulness of the human heart.’

But if it’s not enough to just marry someone who’s a Christian and compatible with us, what are we looking for? What’s marriage all about?

Ephesians 5:32 tells us plainly: our marriage and the gospel are supposed to explain each other. Will the person you’re going to marry help you do that?

Knowing Jesus and what marriage is all about are critical starting points, but freely sharing your life in Christ together is incredibly hard.  In fact, this is still the hardest area for my wife and I, as well as most of our married friends.

The good news is that spiritual intimacy includes, but is far more than, having devotions together.  You can see my posts on Re-Thinking Spiritual Intimacy (Parts One & Two), and Six Ways To Pursue Spiritual Intimacy In Marriage (guest post at Desiring God) for much more on this area.

One survey of mental health professionals found that communication problems are the top factor (65%) leading to divorce.  Seventy percent of experts surveyed said that men most often mentioned nagging from their wives as their chief complaint, while women most commonly mentioned a failure of husbands to validate their feelings and opinions (83% of experts).

When we do premarital counseling, we watch couples interact (communicate) right there in front of us. We’re looking not only at what they say, but how they say it.

For example, with one couple, the woman did nearly all the talking and frequently interrupted her boyfriend.  He was very agreeable, but we could tell there was underlying resentment.  These are the kinds of patterns that premarital counseling should discover and explore.

Contrary to the commercials on TV where everyone is laughing like hyenas on rooftop beer gardens, real marriage is hard work and involves conflict. Lots of it, actually.

Early on in our marriage, my wife and I bickered like cats and dogs.  So, we had to learn to handle conflict well, and you will, too.  (In fact, the absence of conflict is often a sign of an unhealthy relationship.)

The concern is not so much what precipitates disagreement (‘she got angry when he was late again’), but how it’s handled and resolved (‘she gave him the silent treatment until he begged for forgiveness’).

Pay attention to this area now, and marry someone who will call you out in love.

#7 Your view of money

Scripture gives real freedom, but it’s important for couples to have basic agreement in this area.  Since we spend money constantly, it’s going to come up all the time.

More importantly, the way we spend money reveals our priorities.  Before our marriage, for instance, my wife noticed that I wasn’t very generous and seemed to resent spending on others.  She wanted to give much more freely, so we had to talk about that and learn to wisely steward our finances during this season of engagement.

Both of you have a (often unarticulated) vision for how your life together will unfold.  There’s no way you can know everything that’s coming in your future, but it’s important to have alignment around big decisions like how much you’ll both work, how many children you’d like to have, and where you’d like to live.

In one couple we met with, the woman had a vision to serve as a full-time missionary overseas, whereas the guy just hadn’t given it a lot of thought.  He seemed okay with it, but they needed to think about the implications of what that would practically mean before they tied the knot.

#9 Your physical intimacy and sexual history

The goal isn’t to be graphic or exhaustive, but to discover patterns and idols that need to be dealt with so that your future marriage can be healthy and whole.  And, how to talk about these issues with each other with both grace and truth.

#10 Your mission and service together

Have you ever noticed that, from the beginning, God gave Adam and Eve an outward-focused mission? ‘Be fruitful and multiply and fill the earth and subdue it, and have dominion over the fish of the sea and over the birds of the heavens and over every living thing that moves on the earth.’ (Gen 1.28” data-version=”esv” data-purpose=”bible-reference”>Genesis 1:28). Sure, marriage was partly for their enjoyment and companionship, but most of the emphasis is on filling God’s world and ruling over it on his behalf.

In other words, they were never meant to just stare into each other’s eyes all day. But honestly, most engaged couples really struggle with that. I know my wife and I did. We stopped pouring into our friendships. We stopped serving. People tried to tell us, but the butterflies and violins were in the way.

Don’t get me wrong: engagement should be a time of deep enjoyment. If you’re not at least tempted to turn inward, it’s worth asking whether you should get married! But, keeping our eyes on God’s greater, outward calling to service and mission is critical for couples to consider in the days leading up to their big day.

In our work with engaged couples, my wife and I have started administering the SYMBIS Assessment. While it’s not a Christian premarital assessment per se, creators Les and Leslie Parrott are strong believers, and there is a section that helps couples determine their spiritual compatibility.

The SYMBIS covers practically every topic you can think of, and the report helps couples know exactly where they need to focus and have further, important conversations. Both with each other, and, their premarital counselor. This will help you spend more time on potential problem areas, and just touch on areas where you’re already well-equipped.

The user interface is beautiful and easy to navigate, and only costs about $30 per couple.

Christian Premarital Counseling: A Solid Foundation For Your Marriage

No one’s (even close to) perfect, but you need to have an accurate picture of what you’re signing up for so there are no (few) surprises later. In nearly every relationship, moving forward (or not) is a wisdom call, and this is where wise premarital counseling comes in.

Let’s live it out: Which of the 10 areas above do you most need to cover in your own premarital counseling?

Make God Your Everything, Everyday

Please log in again. The login page will open in a new tab. After logging in you can close it and return to this page.